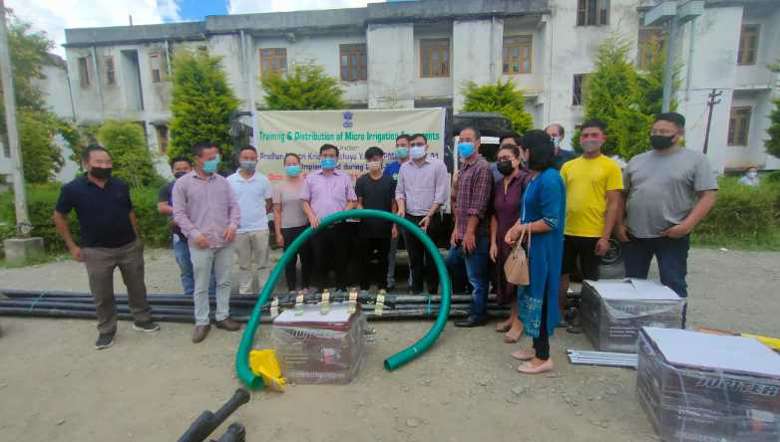 Different horticultural items were distributed to the selected district beneficiaries under different schemes by deputy commissioner, Senapati Mahesh Chaudhari at DC Office Complex on Thursday in connection with the 74th Independence Day Celebration in Senapati district.

The DC lauded and appreciated the district officer, department of Horticulture and Soil Conservation for organising the programme, stated a release issued by the office of the district information officer, Senapati district. He also appealed to the members present to take maximum benefits given through various schemes, it stated.

It mentioned that if any farmer needs to avail the benefits, he/ she has to register to the hornet portal (www.hornet.gov.in). Besides the criteria, the beneficiary should be a farmer by occupation and should possess an Aadhaar card, Bank Account, and Land ownership certificate issued by village authority countersigned by the SDO/SDC concerned, it stated.  The programme was attended by the department officials and farmers, it added.