Pradyut said that the killing of Athuan Abonmai in a brutal manner is a glaring example of complete failure of the state government in maintaining law and order in the state. 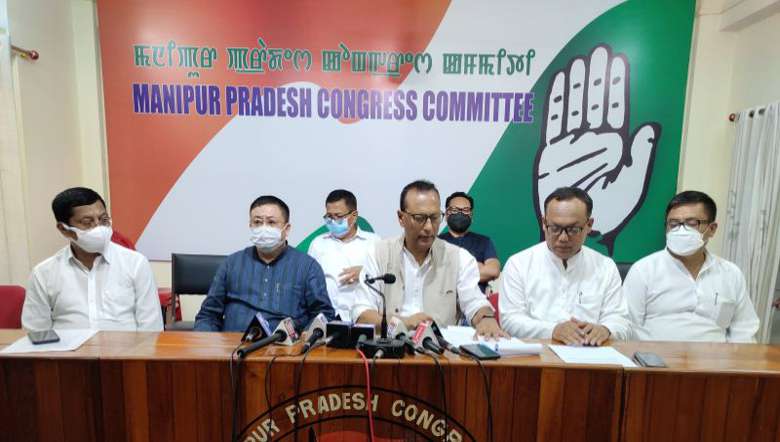 All India Congress Committee election observer Pradyut Bordoloi strongly condemned the silence of the Central government in finding the culprits involved in killing of Athuan Abonmai and demanded the authority concerned for swift delivery of justice.

During a press conference held at Congress Bhawan on Thursday, Pradyut said that the killing of public leader Athuan Abonmai in a brutal manner is strongly condemnable. The incident is a glaring example of complete failure of the state government in maintaining law and order in the state.

The Centre not instructing its agencies to investigate the case is unfortunate. The congress party will continue to demand justice for Abonmai, he added.

Citing some other issues of the state, he said that wherever there is a BJP government, there is a problem of drug menace. Even in Manipur, various contraband items have been seized in the last five years. For instance, a huge cache of WY tablets worth Rs 400 crore was confiscated in Thoubal district in 2019, he added.

He continued that though drugs are seized consistently, most of the people involved in the drug trade have been set free without awarding any punishment. It shows the laxity of the government and strong political will, he added while stating that the drug issue which is just like ‘bad omen’ to society is growing under the patronage of the BJP government.

The recent detection of 3,000 kg of heroin from Adani port on September 13 is also another example that shows how drug trade is growing in the country, he alleged.

Pradyut, who is also an MP of Lok Sabha, further pointed out that Manipur is seriously facing the problem of unemployment, and corruption here is rampant. To hide the issue of unemployment, all the facts and data are suppressed.

He stated that the Congress party is much concerned about the prevailing issues encountered in Manipur. As such, the party is determined to form the government in the upcoming election, and all efforts and measures have already been taken to fight BJP.