The BJP-led government instead of dealing with the problems of those most economically deprived people, are more concerned about giving benefits to the corporate sectors, Binoy Viswan said. 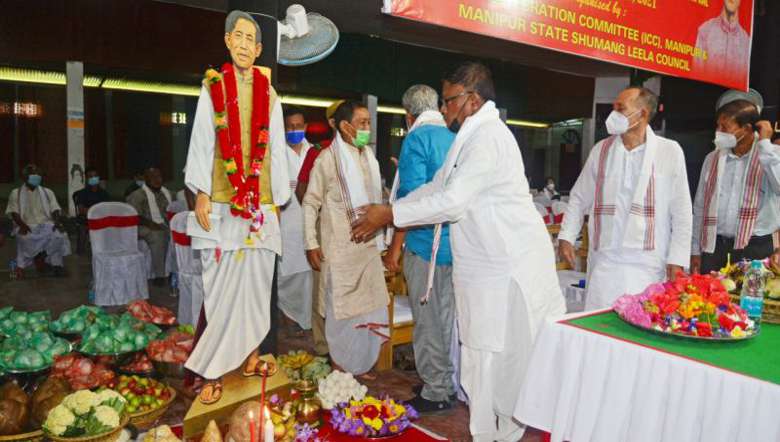 Criticising Modi-led BJP government, Rajya Sabha MP Binoy Viswan said that ‘Sabka Saath Sabka Vikas’ in reality is going opposite for the poor as the government is more interested in promoting rich businessmen.

The Rajya Sabha MP, who is presently in Imphal, was attending the 125th birth anniversary celebration of Jana Neta Irawat held at Iboyaima Shumang Leela Shanglen on Thursday, organised by Irawat Celebration Committee.

Addressing the function as chief guest, Binoy said that the country has been hit hard by the ongoing pandemic. During this pandemic crisis, all sections of the society are affected and the poorest of the poor people suffer the most.

However, the BJP-led government instead of dealing with the problems of those most economically deprived people, are more concerned about giving benefits to the corporate sectors, he added while claiming that the BJP government's slogan ‘Sabka Saath Sabka Vikas’ is a lie to the public.

Recalling the movement launched by Irawat, he said that though Irawat is no more but his ideology, emotion and contributions made during his lifetime have made him immortal. Though Irawat was from communist party, his 125th birth anniversary is commemorated in the entire state and nation irrespective of any political parties or groups.

“The present generation should believe and follow the ideology of Irawat as he was a forerunner of the country with true sacrificing spirit. The truth always triumphs and the lie always fails,” said Binoy.

CPI Manipur state council secretary L Sotinkumar said that considering the present political scenario of the state, it is high time to discuss the ideology of Irawat which had firm belief in socialism, equality and integrity of the state.

He said that Irawat dedicated his life in maintaining unity and integrity not only in the state but also with Manipuris settling outside the state like Cachar, Tripura and other places. However, in present days, some sections are even demanding to form a separate state within the state.

Observing all these changing scenarios, time has come to recall the sacrifices made by Irawat in unifying the state and his concerns in promoting socialism, he added.

He continued that strongly considering the disparity between rich and poor, it is much necessary to discuss the need of promoting socialism.

As a part of the programme, floral tributes were paid Jana Neta Irawat, followed by an opening song dedicated to the life of Irawat.

The programme was attended by leaders and members of CPI and other opposition parties. Many other associations and groups also attended the function.