Manipur BJP president S Tikendra said that those who attempt to sabotage PMGKY are liable to be punished. 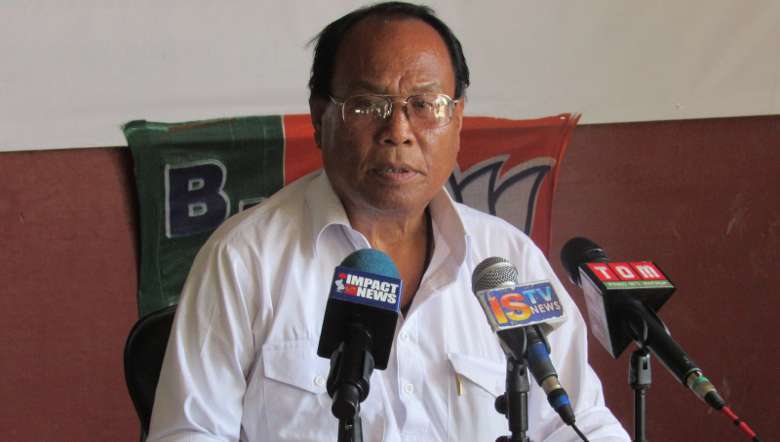 The people of Thongju in Manipur have raised allegations that rice and dal under the Pradhan Mantri Garib Kalyan Yojana (PMGKY) scheme are not being distributed under the recommended quality and charged the authorities of ignoring the plight of the poor sections.

A woman from Kongba Keshtri leikai, who chose to remain anonymous told the Imphal Free Press that for the first month of free distribution, each member of the locality received 5 kilogram of rice and 1 kilogram of dal for each family.

However, from the next month, the families with members who are employed at government services or getting monthly service pension were distributed 10 kilograms instead, she said.

When she contacted the personal assistant of the area MLA concerned, she was given the same information, she alleged.

She said, “We have five members in our family and all are unemployed except for my mother-in-law and they are daily wage earners. My mother-in-law is getting a family pension but receiving a minimum pension amount.”

Before the lockdown, the family somehow managed to make ends meet with the daily earnings but it is going through hardships after the lockdown, she added.

“We do not have contacts with influential people and are also afraid to report to the media. I am confused as to whom we are going to approach as even our own representative is ignoring our complaints,” she lamented.

Meanwhile, speaking in a press conference held at its state party office located at Nityaipat Chuthek Imphal, Manipur Bharatiya Janata Party (BJP) president S Tikendra stated that if anyone attempts to sabotage the distribution of the PMGKY Scheme, they are liable to be punished under law.

He said that Prime Minister Narendra Modi delivered a message through a video message on June 30 that the distribution of rice and dal under PMGKY had been extended for the next five months i.e. till the month of November. Under the said scheme, 5 kilogram of rice for each member of a family and 1 kilogram of dal for each family will be distributed, he added.

Considering the outbreak of COVID-19, the distribution has been carried out free of cost and its benefits are given to all regardless of rich, poor, caste and creed. The distribution will be carried out for the next five months under the same method, he added.

Responding to the media, Tikendra said that at some places, a few people out of their own vested interests may have created issues on the distribution of rice and dal under the PMGKY. They are liable to be punished for sabotaging the said scheme which was made for the welfare of the people during the COVID-19 pandemic, he added.

Tikendra further said at the conference that to avail the benefits of PMGKY to about 70 crore people across the country, the central government will be spending about Rs 90,000 crore. For Manipur, about 5 lakh households and about 21 lakh people will be benefited under the said scheme, he said. The state government has completed the arrangement to avail the benefit for the people of the state.