The state planned to recruit 750 posts at six ADCs of the hills in seven departments, including education, where all ADC will have 125 posts each. 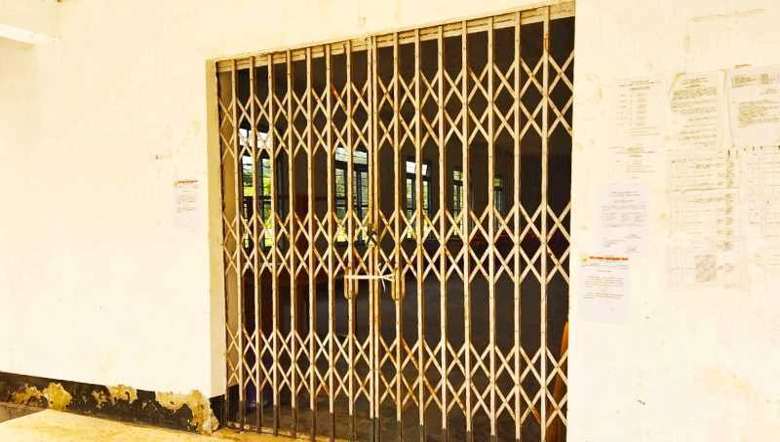 Several student bodies in Manipur hill districts under the aegis of the All Tribal Student Union Manipur (ATSUM) on Wednesday disrupted the recruitment process of several posts under the Autonomous District Council (ADC).

The Joint Student Body (JSB) Churachandpur put up banner at the council’s office which read “halt recruitment in ADC, we demand ADC election and inclusion of local language as essential criteria for ADC recruitment of primary teacher”.

The JSB stated in a press release that they are against the non-consideration of Mother Tongue/Local Language as essential criteria for recruitment of primary teachers in all ADCs of Manipur as demanded by the All Tribal Students Union Manipur (ATSUM) and recommended by the Hill Areas Committee to defer the recruitment until ADC elections.

The JSB said that all applications and files are in safe hands which will be returned after an understanding is reached between the state and ATSUM.

The state planned to recruit 750 posts at 6 ADCs of the hills in seven departments, including education where all ADC will have 125 posts each.

The JSB contended that the decision to conduct recruitment under ADC in the absence of popular elected body is an attempt to degrade the ADCs.

The JSB appealed to the general public to kindly cooperate with them until ATSUM’s demand is met by the state.

Our Chandel Correspondent adds: The Naga Students’ Union Chandel (NSUC) under the aegis of All Tribal Students’ Union Manipur (ATSUM) on Wednesday announced that it is compelled to seal the Autonomous District Council (ADC) office in Chandel to put on hold the undergoing ADC recruitment.

NSUC in a release appealed to the public to cooperate with the union as the office is sealed indefinitely with effect from Wednesday. The ADC office lockdown is enforced in the light of ATSUM’s demand for ADC election and inclusion of local languages as essential criteria for ADCC recruitment of primary teachers, it stated.

Some volunteers pasted 'Office Closed' in front of the employment office and PS Tamenglong, after office hours at around 4.30 pm. However, there was no obstruction in the submission of application form and went on till the end of office hours, according to the sources.