IFP Editorial: There is something more than which meets the eye in the brutal killing of Athuan Abonmei, which needs to be dissected to the molecular level. 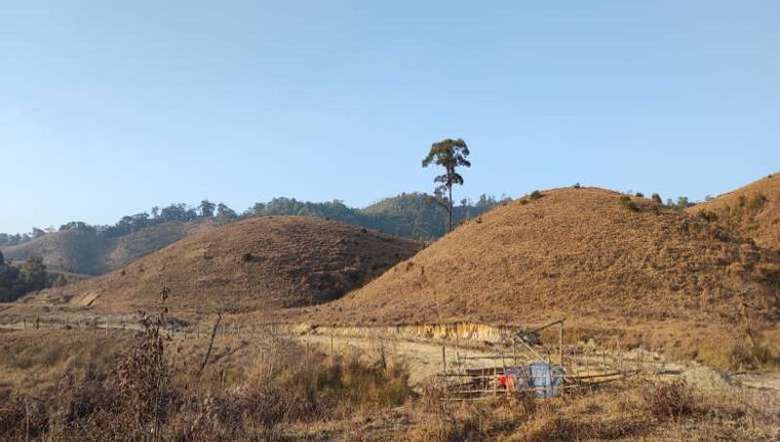 Seven days after the brutal murder of Athuan Abonmai, former president of Zeliangrong Baudi (AMN) , two persons suspected to be involved in the crime were arrested in Imphal by police even as combing operations continue in various parts of Tamenglong district. The two persons were remanded to nine days' police custody for investigation till October 6 by the in-charge Chief Judicial Magistrate, Tamenglong on Tuesday after they were arrested on Monday. They are identified as Ponthanlung Panmei alias Paul, 47, son of Langai Panmei of Konthoujam Maning Tribal Colony and Lanchapou Bosco Gonmei, 48, son of (L) Gaikhangsingpou Gonmei of Langol Laimanai.

The court order stated that considering the facts and circumstances of the heinous crime committed, the accused persons suspected to be in collaboration with a powerful armed organisation, it was required for them to be remanded in police custody for thorough investigation to identify the real culprits involved in the crime as well as the motive of the crime and to bring them to book.

However, media reports differ on the complicity of the two individuals and the particular group they belong to. Two major dailies reported on their suspected association with a terrorist group or gang, while others cited their possible connection with a powerful armed organisation. However, the said reports seem like a smokescreen to divert the attention of the general public from NSCN (I-M). From Day One, the possible involvement of NSCN (I-M) in the crime was on everyone’s lips as Athuan Abonmai is known for his consistent baiting of NSCN (I-M) and open support for the territorial integrity of Manipur in his public utterances. If not the NSCN (I-M), which other group has the motive in silencing him?

Albeit the security and intelligence lapses, the police investigation and combing operations were mostly directed against the NSCN (I-M). Even as Chief Minister N Biren Singh admitted security lapses, there is something more than which meets the eye in the brutal killing of Zeliangrong leader and politician Athuan Abonmai, which needs to be dissected to the molecular level, as we said before.

WATCH: Will the dream of Puilong villagers come true?

Even as the hill-valley divide had been played up in view of the ensuing state assembly elections, the chief minister went ahead with his Go to Hills 2.0 mission besides some resistance in some circles. It was successfully held in Churachandpur and Chakpikarong, but it was put to a halt at Senapati. Next was at Tamenglong. Although there were some protests to the mission, many chose to support the renewed initiative of Go to Hills. That is why, a singular motive behind the killing of Athuan Abonmai could be his support for the renewed campaign and the NSCN (I-M) baiting. The NSCN (I-M) through its political proxies and CSOs had been upping the ante to refresh the uneasy relation between the hill and valley, in recent times. As we said earlier, the recent move by the Hill Areas Committee of the Manipur State Assembly in proposing an amendment of the autonomous District Councils Act is one such move on the geo-political chessboard which reeks of the demands for separate homelands and alternative arrangement orchestrated by the NSCN (I-M) some time ago.

Well, the state government has already written to the Union Home Ministry for engaging the National Investigation Agency (NIA) to investigate the Abonmai murder. Besides suspending several policemen, it has also transferred the Deputy Commissioner and SP of the district. Interrogation of the suspended police personnel is still going on. Yet, questions have come up as to why state forces are still reluctant to raid the NSCN (I-M) camp at nearby Buning Wildlife Sanctuary? A few days ago, an unconfirmed report appeared in the media that state home department’s request for raiding the Buning camp was refused by the Union Home Ministry. The state government had denied the allegation. While police special forces have raided nearby transit camps of the NSCN (I-M), it is still reluctant in the case of the Buning camp.