Classic FA defeated Rising Athletic Union, Lairikyengbam Leikai by a convincing margin of 8-2 goals to lay their hand on the coveted title. 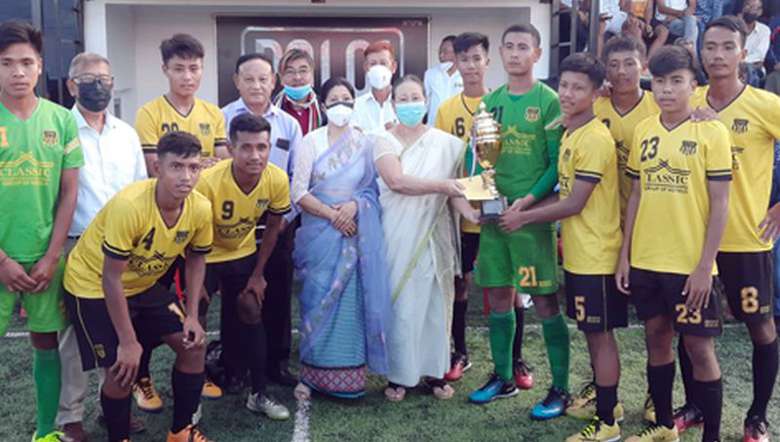 In an exciting final match, Classic FA defeated Rising Athletic Union, Lairikyengbam Leikai by a convincing margin of 8-2 goals to lay their hand on the coveted title.

The young energetic Classic Football Academy dominated the moves, keeping the ball to themselves for the right strike at the opportune moment as compared to Rising Athletic Club, who managed a brief recovery halfway through the match but that proved too little to see them through anywhere near the trophy.

Gogocha Chungkham brought up the early lead when he scored in the 2nd minute of play and later  Ganningam Malangmei picked up the second goal in the 3rd minute and Y Rohit struck the third goal in the 5th minute of play to dictate terms in the match.

Giving little room to its opponent, Classic FA increased the tally with Y Rohit Singh finding three more goals to get his hat trick goal while Gogocha Chingkham and Y Banty chip in with one goal each to post an 8 goals advantage.

As for Rising Athletic Union, N Rakesh Singh and Kushal Thapa scored a goal each and had to settle for the runners up title.