All are residents of Sunamganj district, Bangladesh. 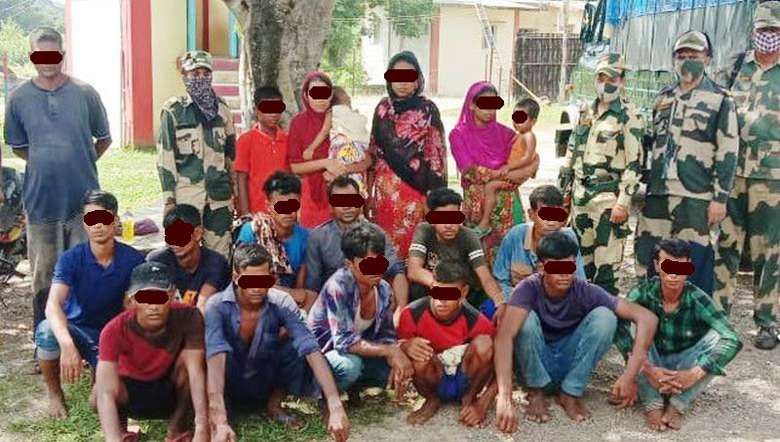 Acting on specific intelligence, BSF launched an operation at the suspected unfenced route near the Indo-Bangladesh border and observed suspicious movements of some people near the IB.

The party nabbed 19 Bangladesh nationals, including two touts while illegally crossing through an unfenced area under BOP Rynkhua, BSF said.

All are residents of Sunamganj district, Bangladesh.

During preliminary questioning, the apprehended BD nationals revealed before BSF that one of the apprehended BD Touts facilitated them in the crossing of IB from BD to India with the intention to take them to Kashmir (India) for labour work.

The apprehended Bangladeshi nationals are being handed over to concerned police stations for further legal actions.