‘DESAM got involved to regain academic atmosphere of NB College’

Five volunteers of the student's body are currently serving a judicial custody term on the charge of assaulting the teacher identified as N Shitaljit. 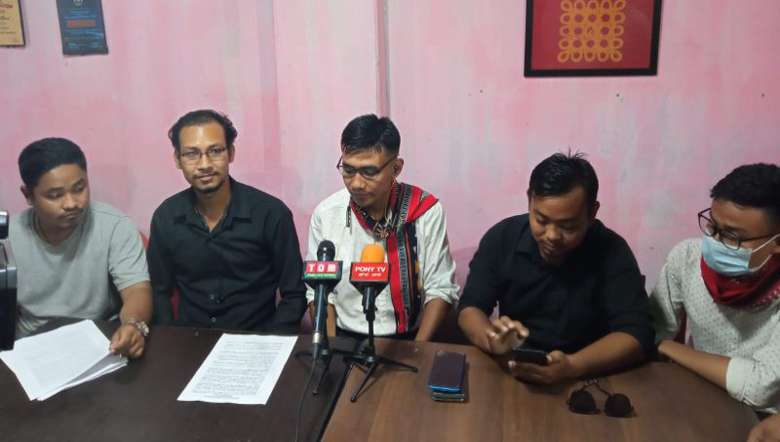 The Democratic Students' Alliance of Manipur (DESAM) on Tuesday stated that it got involved in the Naorem Birahari College case solely to regain the academic atmosphere of the college.

Clarifying to the media regarding the allegations levelled against DESAM of assaulting a teacher of NB College, DESAM general secretary Leishangthem Lamyanba said that the allegations have tarnished the image of the student body. He was speaking at the DESAM head office in Kwakeithel, Imphal.

Five volunteers of the student's body are currently serving a judicial custody term on the charge of assaulting the teacher identified as N Shitaljit. He said regarding the fight on the post of the principal of the college, a case has been ongoing in the High Court of Manipur.

The petition was filed by Ng Ekashini after she was suspended from the post of principal of the college by the caretaker GB of the college and Shitaljit was appointed as the principal in-charge, he added.

To resolve the matter and bring back normalcy in the college, DESAM met with Shitaljit many times, Lamyanba said.

He alleged that in one of the meetings, Shitaljit and his gang assaulted Ekashini and vice-principal of the college Kunjabati. Contrary to the facts, Shitaljit lodged a complaint to the police, stating that he was assaulted by the volunteers of DESAM and the two teachers, he added.